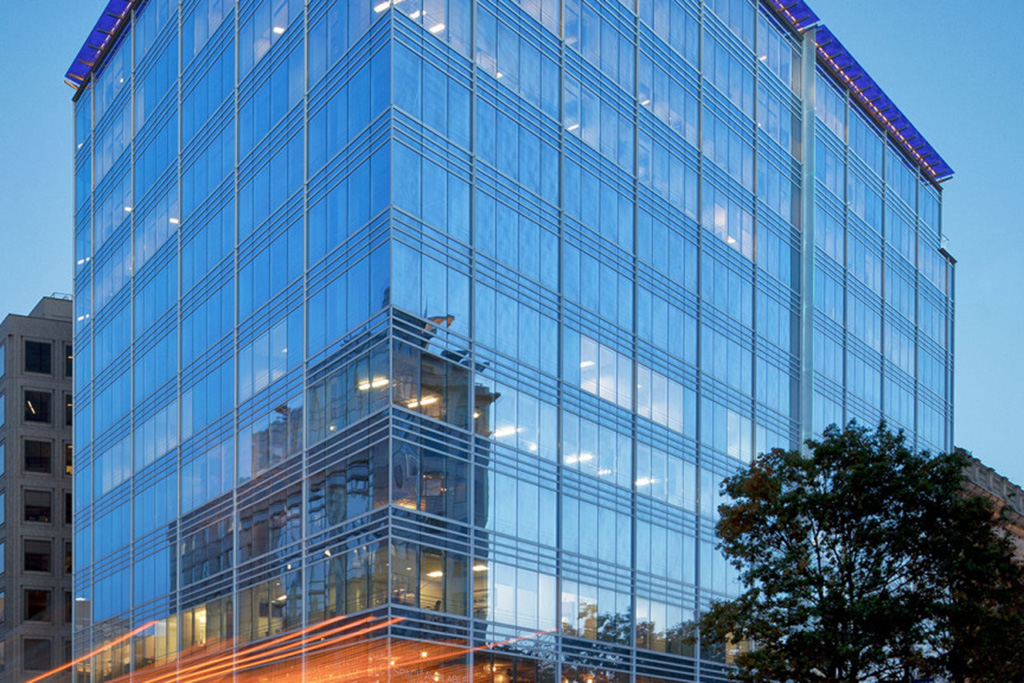 In November 2007, when Transwestern Commercial Services assumed management of the building, its ENERGY STAR energy performance score was a 38. By utilizing minor lighting retrofits, repairing non-functioning time clocks, and installing occupancy sensors where applicable, as well as tuning the existing HVAC system, the score immediately increased to a 48. After the new central plant equipment was installed during the winter of 2008/2009, the energy performance score jumped to over 80.

Previously, the building's HVAC system consisted of four direct expansion, air-cooled units and an air-cooled chiller. The five large units had been installed in a space that did not provide adequate airflow, causing inefficiency and increased maintenance to be an issue during the entire time they were in place. An older Building Automation System (BAS) was also in place, though it was temperamental and not user-friendly. The air-cooled chiller was used to supply chilled water to the first-floor retail spaces.

Utilizing a custom adaptive start-stop program that determines start and stop times based on present conditions and historical start and stop times, building equipment start up and shut down times are adjusted every day. These adjusted times provided a significant savings while still ensuring total tenant satisfaction. When conditions are ideal, Tridium EMS software integrated into the BAS designed by HVAC Concepts, starts supply fans, fully opens the outside dampers and relief dampers, and flushes the entire building with fresh air. This not only flushes contaminates but pre-cools the building, allowing the chillers to start later and save energy.